Italy (IP) – On the occasion of the 43rd anniversary of the victory of the Islamic Revolution, the cinema of the Islamic Republic of Iran was introduced in the south of Italy.
Iran Press/ Europe: The presentation of Iranian cinema was held in the presence of Mohammad Taghi Amini, Iran’s cultural attaché to Italy, and a group of Italian officials, local personalities, film activists, and journalists at the largest theater in Sant’Agata.
In the program, after welcoming Marco Nuzio rubino, Mayor of Sant’Agata., and the speech of Alessandro Lodato, Editor-in-Chief of Cecil Italian Daily, and Daniele Gangemi, Italian director, cultural attaché of Iran to Italy, said that Iran’s spiritual or social cinema in the last four decades has become an international brand with an international language as a result of creativity and innovation.
Mohammad Taghi Amini added that the positive record of Iranian cinema relies on infrastructures such as cinema towns and cinemas, the network of private and public university and school education, mechanisms to cover their graduates, and organizations and dozens of international festivals.
Iran’s cultural attaché to Italy said that there is no room for cinematic cooperation in the network of comprehensive relations between Iran and Italy with a focus on culture, and the cultural advisor, as the custodian of Iranian cultural diplomacy in Italy, has taken effective measures in this field.
The structure of comprehensive cultural-oriented relations between the Islamic Republic of Iran and Italy is based on the shared heritage and historical roots of the two countries’ rich and ancient cultures and civilizations. 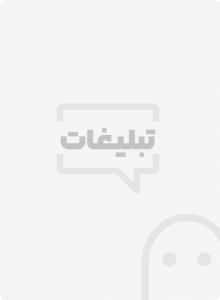