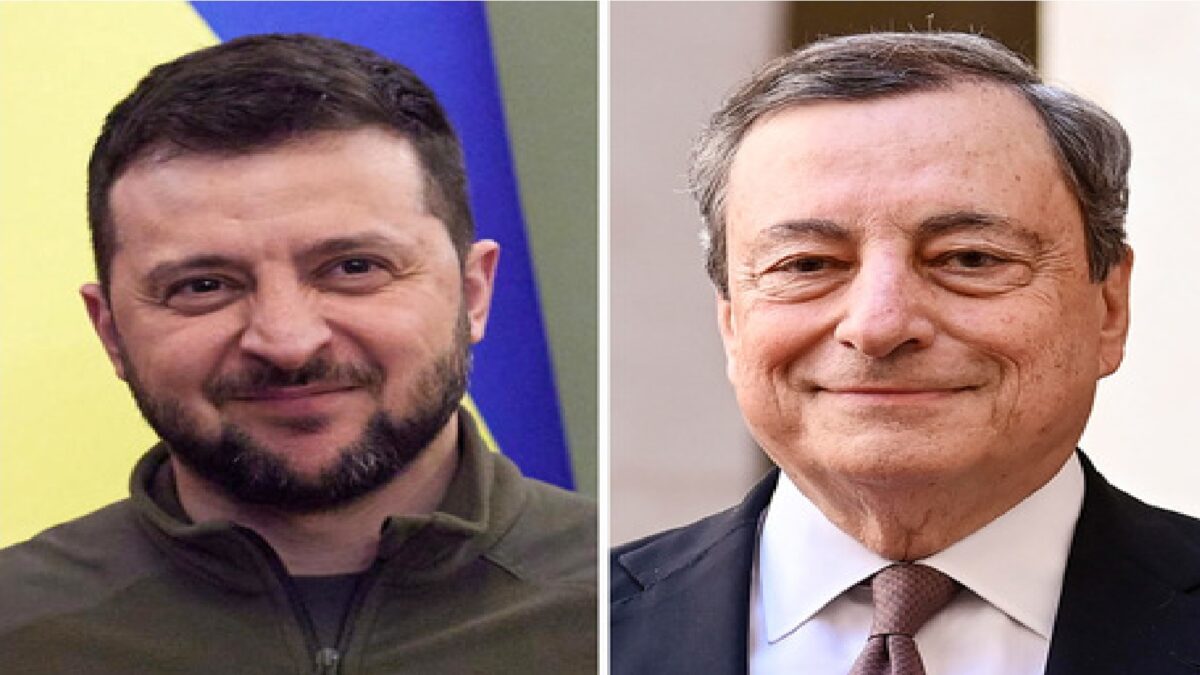 Premier Mario Draghi had a phone conversation with Ukrainian President Volodymyr Zelensky Friday in which Draghi assured the Ukraine chief of the Italian government’s support for Kyiv in coordination with the rest of the European Union, and in which they discussed the prospects of freeing up grain exports to address the food crisis threatening the world’s poorest countries, the premier’s office said. Zelensky voiced appreciation for the Italian government’s commitment, it said.
Zelensky asked for more military support from Kyiv’s partners, Zelensky tweeted.
Zelensky said he had informed Draghi of the situation on the frontline of the Russia-Ukraine war and added “we expect further support for our defence from our partners”.
Zelensky also said he had raised the question of fuel supplies and the two leaders discussed ways of averting a food crisis, with the Ukrainian leader saying “we must unblock the ports together”.

Ukraine: Zelensky thanks Italy, Rome shd be among guarantors